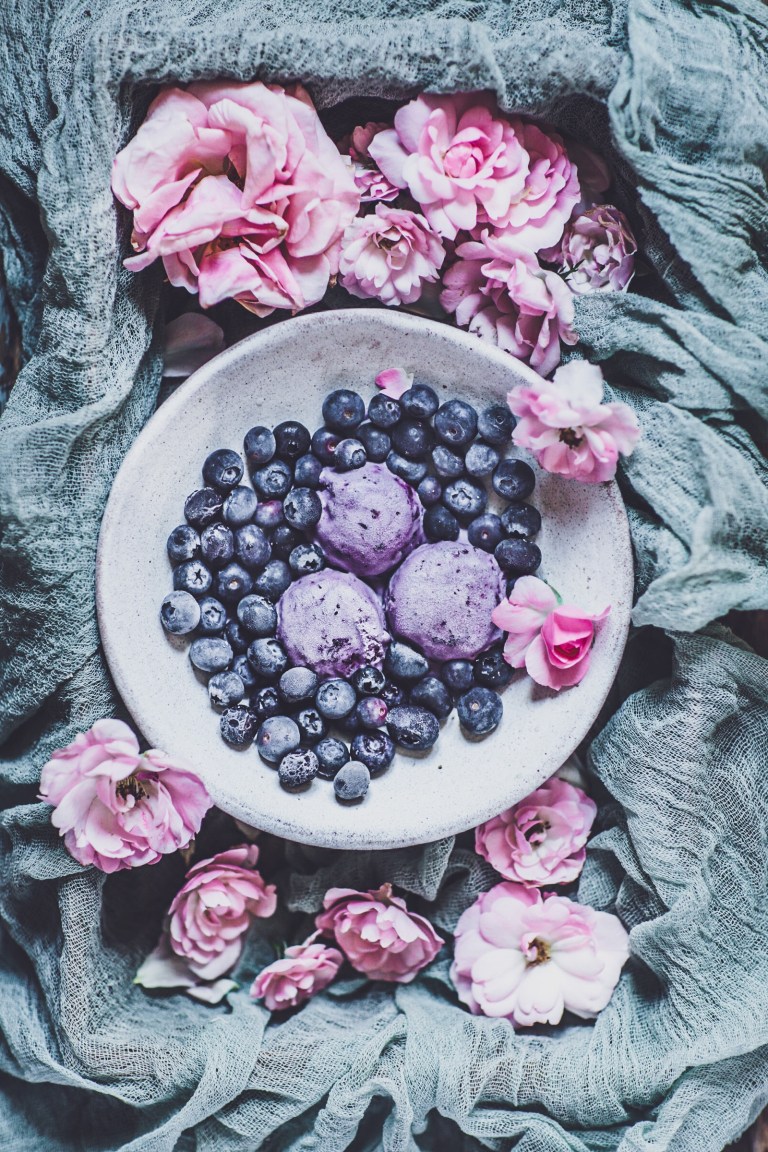 Is there any major cuisine which doesn’t have ice cream or some kind of frozen treat?

I don’t think so!

However, ice cream is hard to photograph. Even before you say action, it’s melted & your shot is ruined.

After having shot lots of ice cream, I am sharing some of the tips which makes it super easy to photograph ice cream.

One of the first things to do before you get started is think about styling. This is so so important as you don’t have much time to fuss around with styling when you start to photograph. I would recommend that you have the whole scene tested and ready to shoot before you take the ice cream out of the freezer. Take a couple of test shots of the scene and if you are happy with it, then take the ice cream out of the freezer.

Once I knew the colour scheme, I got the scene ready. These are some of the test shots I took to see if the colours worked together. I then took a few more shots with the ice cream bowl that I used in the final shots to see if it will look good in the photographs.

Another key thing is to get the ice cream ready before shooting it. Doing so will make it so much easier and quicker to finish shooting.

Once the ice cream is ready i.e. the ice cream is frozen, take it out of the freezer. I feel that it’s always best to freeze the ice cream for at least 24 hours but overnight should do it too. I scooped out three scoops of ice cream . Rather than placing all the scoops in the same bowl immediately, I placed them in separate bowls before freezing them again. Doing so will preserve the perfect round shape of the scooped ice cream. Place each bowl in the freezer.

Once the ice cream scoops have frozen again – about 20 minutes or so depending on your freezer (they sort of melt when you are trying to scoop them), transfer all three scoops to the final bowl. Set the bowl with three scoops in the freezer again (in summer everything melts so quickly that you have to freeze it again & again).

Once the three scoops have frozen, take the out bowl with ice cream and the frozen blueberries out of the freezer. Arrange the blueberries around the ice cream scoops.

Place the bowl in fridge one last time before photographing it.

If this blog post on styling and photographing ice cream inspired you to photograph ice cream, please tag me on Instagram at incredible.kitchen