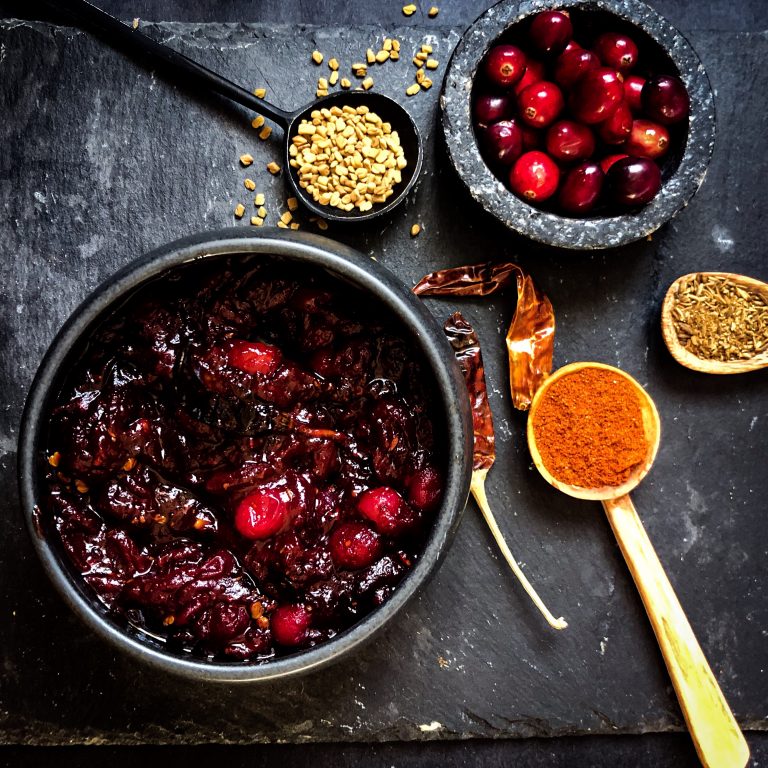 Is there an equivalent in Indian food?

I started celebrating Thanksgiving few years after I moved to America but I have never really cooked Thanksgiving dinner. I know, I know! So, this year I decided to create recipes and snacks inspired by Thanksgiving.

Over the weekend, I experimented with cranberries to come up with an Indian version of the cranberry sauce aka chutney. My efforts resulted in a pretty good recipe for making cranberry chutney. The Indian spices brought out the flavours of the berries but since I used only two spices, it didn’t overwhelm the flavour of cranberries.

Now to answer the question: The closest thing to cranberry fruit in India are the ਲਾਲ ਬੇਰ (red berries). These are mostly eaten raw but have an inedible pit in the middle like a plum.

I hope you will give the chutney a try.

The copper pot containing the berries, in the picture above, belongs to my grandmother and has my grandfather’s name ‘Nagar Singh’ engraved in Punjabi. We haven’t been able to figure out what the number 1854 stands for. It’s interesting because ‘1854’ was three years before the first Indian revolution for freedom from British in 1857. And now I live in the UK as a citizen with full rights. It’s amazing that the world has changed so much in few generations!
Tried this recipe?Mention @Incredible.kitchen or tag #myincrediblekitchen! 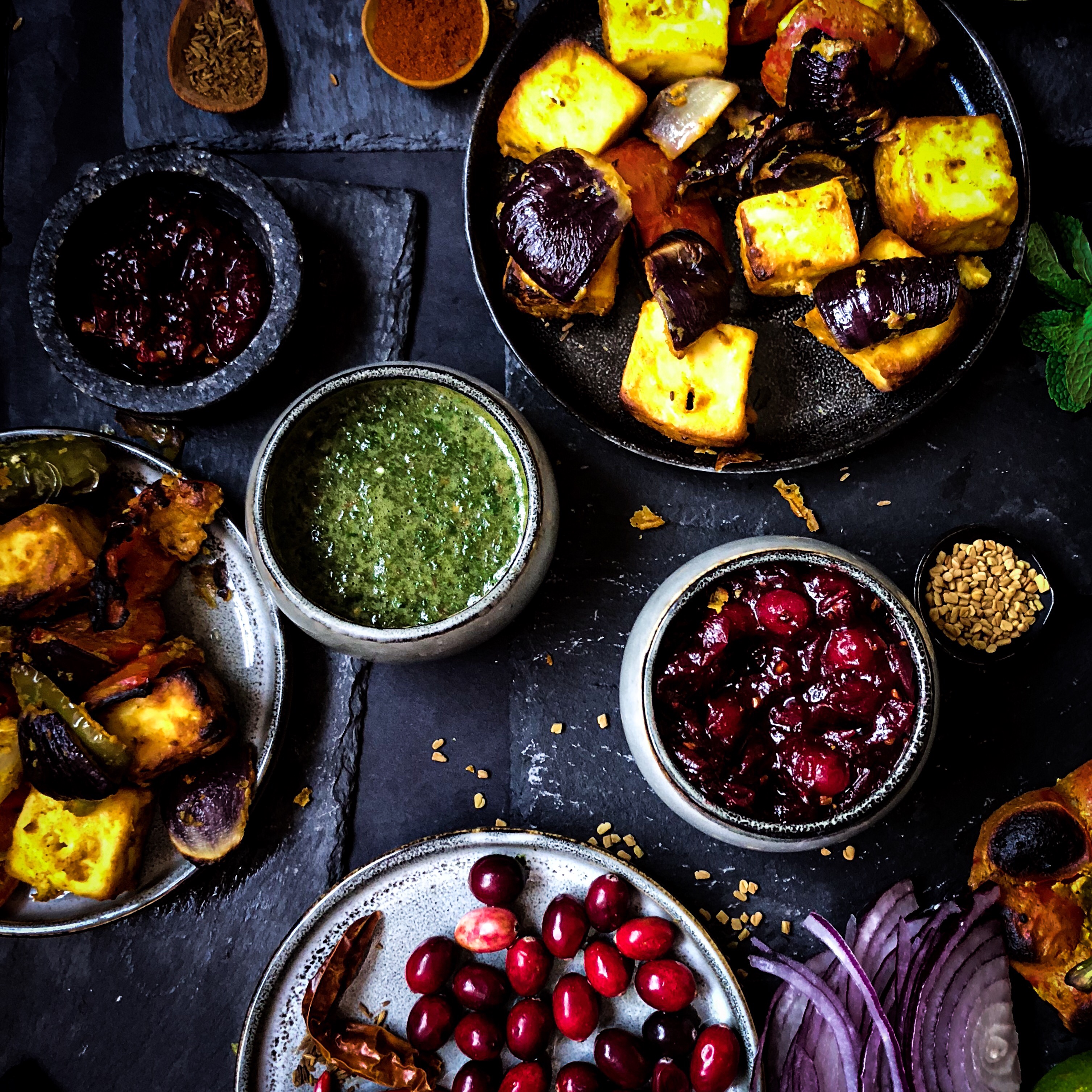