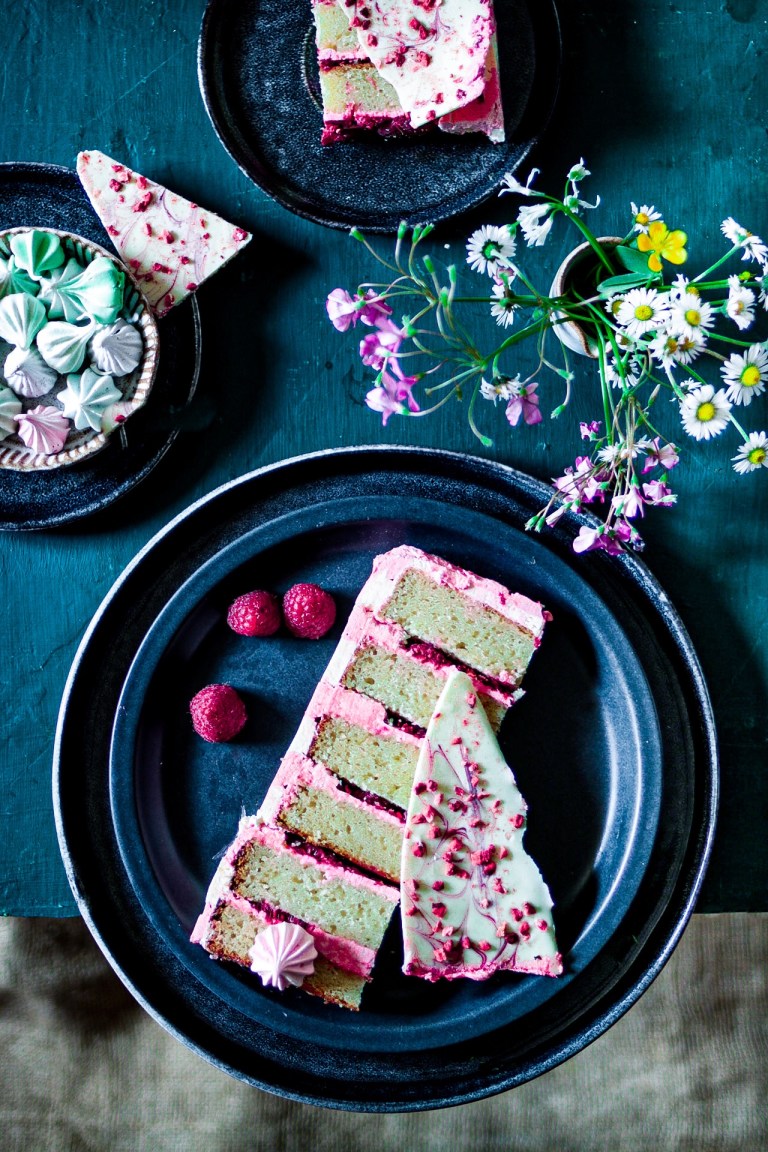 First time I saw this cake on Masterchef Australia, I knew I had to try making it! This beautiful creation is a Katherine Sabbath design. Isn’t it just fabulous?

This gorgeous cake with freeze dried and fresh raspberries and white chocolate shards is a delight to hold. Swiss meringue butter cream adds a layer of silkiness to the dried raspberies

But it’s one of the most challenging cakes I tried making just because of the sheer size of it. If you like me don’t have a professional kitchen, you can halve the quanties and bake a smaller cake. Moreover, it’s quite tricky to get even stripes. When I baked the made them using just a piping bag and scraper but you can use a comb scraper like this one to get beautiful even stripes.

But despite the challenges, it was a really fun cake to bake and it tasted delicious!

I recommend making it over two day. Bake the cakes and chocolate shard on the first day. Make the swiss meringue the next day along with arranging it.

This is such a lovely raspberry cake with a twist that it will wow every guest at your party.