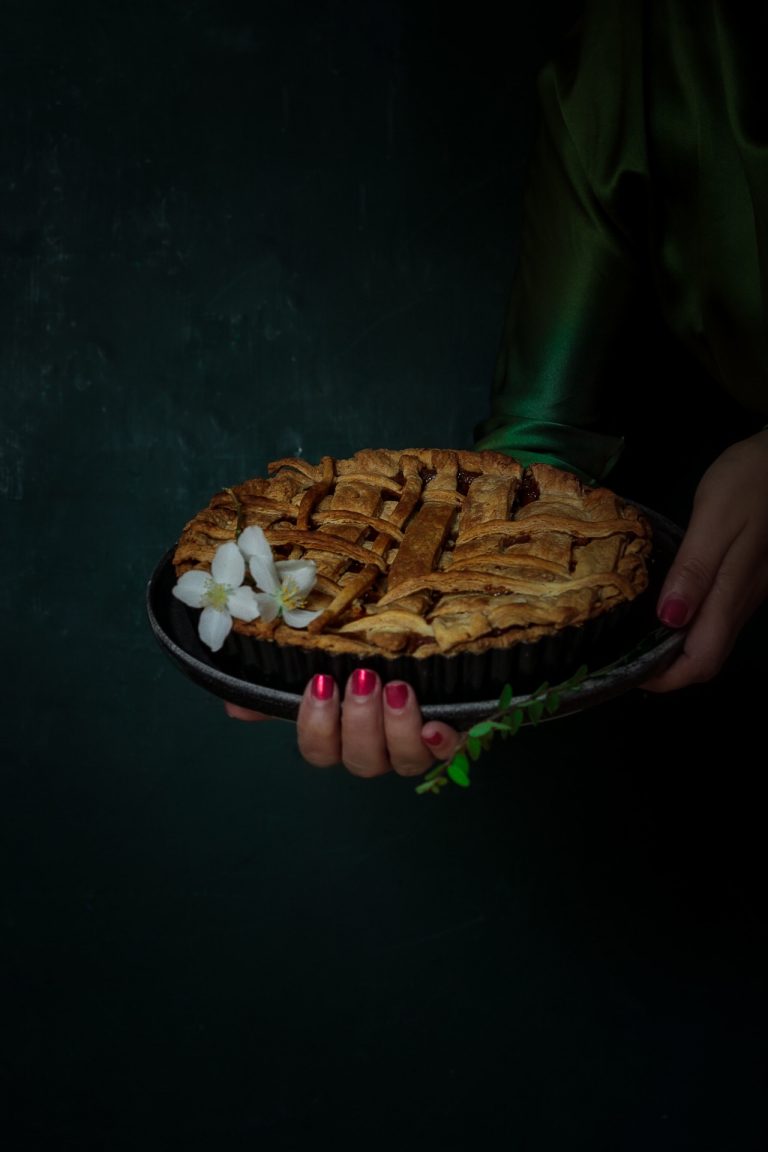 Did you expect me to say apple pie?

As far as I am concerned, rhubarb is the American pie.  My introduction to rhubarb pie came via an Indian friend who had the radio station NPR on while we were driving back from a climbing trip in the mountains of Eastern Washington in United States.

The radio show was a combination of slow-form storytelling  and comedy rolled together. The show is set in a fictional mid-West American town called Lake Woebegon and tells  of the travails of the people of Norwegian descent. It had been playing on NPR for 30-odd years by then.

And I was hooked in the first 15 minutes.  That’s how long it took for the host to finish telling one joke!

Anyways, the show regularly featured a woman named Darlene who ran  a café  and over the years she has had many a romantic misadventures. And her café always served rhubarb pie.

So you can’t fault me for thinking that rhubarb was the  favourite pie of Americans!

About a year later after I discovered the show, I met a friend  through climbing who is of Norwegian descent and grew up in American mid-West!

This rhubarb pie recipe is his mom’s who got it from a friend named Darlene!   This Darlene didn’t run a café bur her rhubarb pie is delicious. I hope she was more lucky in love than the Darlene of Lake Woebegone.

This rhubarb pie uses eggs in the filling which help balance the sweetness and gives it a slightly custardy texture and helps bind the rhubarb.

I hope you will give it a try.  The pie is gorgeous and what better occasion than 4th of July.

Have a lovely 4th of July!

It’s important to make sure that the butter is cold so that there are small chunks of solid butter in the pie dough.
Tried this recipe?Mention @Incredible.kitchen or tag #myincrediblekitchen!