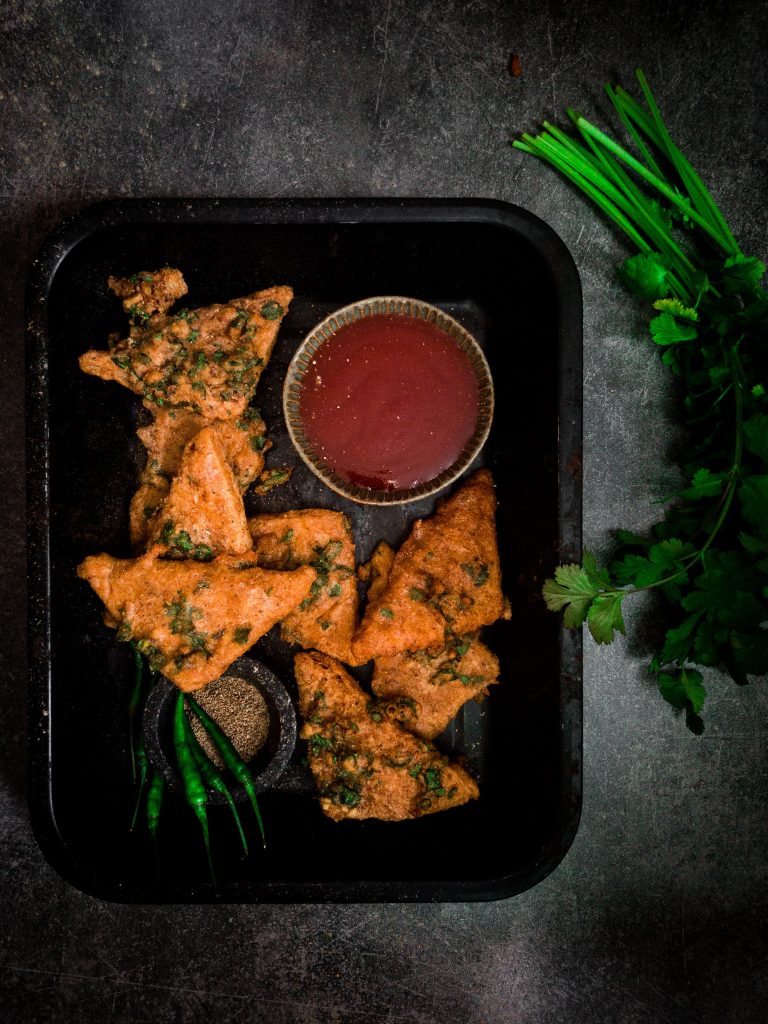 It’s traditional in India to make fried food during the monsoon season. But since it’s the monsoon season in U.K. most of the year, I have to be bit careful not to use the pretence of rain and make pakoras (fritters) all the time!

However, it’s been raining cats & dogs in London over the last couple of weeks. It has been bit wet and damp so decided to make these bread pakoras (fritters with bread) to cheer myself up!

Moreover, it was the festival of Holi this week and that also called for some celebratory fried food, hence double the reason for indulging myself.

Holi, as you most of you will know, is the festival of colours, to welcome the arrival of spring after a long winter (though those of us who live in this part of the world will have to wait a bit longer for spring!!)

To celebrate Holi, everyone dresses in white clothes, welcoming friends and families into their homes by throwing coloured powder on each other and serving mithai, pakoras and drinks. Little kids and teenagers go around in groups, armed with pitcharis (water guns) trying to spray coloured water on anyone they can find on the streets ! No one is spared, other than the very eldery!

While my recipe for bread pakoras is delicious, most of the pakoras made in India during the holi festival are laced with cannabis (marijuana) called bhang in Hindi. How fun is that!

It’s such a joyous festival, time to celebrate the arrival of spring, new friendships and loves and dreams of a new harvest and better times to come !

PS: And here’s a Bollywood  Holi video. It’s not entirely correct but you get the idea!)